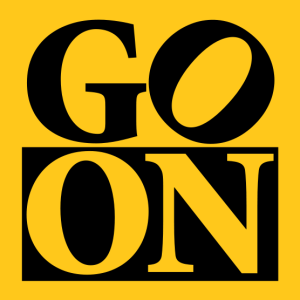 A Friends reunion is coming! Courteney Cox is guest starring in Matthew Perry’s new comedy Go On as his potential love interest.

This is wonderful news for Friends fans: The Bings are getting back together on the small screen (NBC of course!).

The Cougar Town star will visit the freshman NBC comedy this April as a gorgeous woman whom Julie White’s Anne tries to set up with Matthew Perry’s Ryan.

Courteney Cox has been recently on the set of Go On as you can see from these two photos from Matthew Perry’s Twitter account. 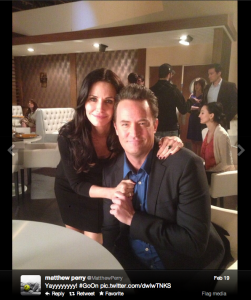 Cox appearance marks Go On‘s first Friends reunion since its premiere last August. Will this be just the beggining of the former Friends to reunite on Perry’s new show? What do you think? Which Friends star would you like to see next on Go On?