Today 20 years ago, NBC aired the first episode of a little show about 6 friends living in New York. It’s been 20 years since its premiere and 10 years since it ended and we still remember this TV Sitcom: Friends.

Friends is one of the most popular TV Shows of all time. The Pilot was the first episode of what would be a series of 236 episodes in ten amazing years on television.

Here are some Fun Facts about this iconic Friends’ episode that started it all. 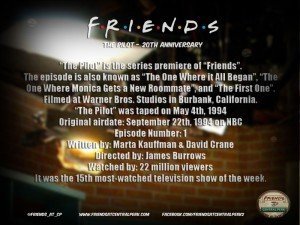 From “Insomia Cafe” to “Friends” 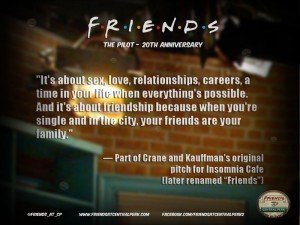