The Friends theme song I’ll Be There for You will always be remember as one of the best and most popular theme songs of all time. There are many covers of the popular song, from Westlife to even One Direction (I’ll make another post for those covers!). 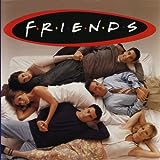 I found a cover of the Friends theme song I’ll Be There for You by three guys who go by the name of Trilogy. The video is posted in Ronald Scolard youtube channel (probably the guy  sitting in the middle).

It’s a great interpretation of the popular song originally sang by The Rembrandts back in 1994.

Trilogy does a much slower version of the song, which sounds a little bit like Journey’s “Faithfully”… Listen to it, and let me know if you agree with me. Anyhow, their voices blend perfectly and they make amazing harmonies together. This is a great cover that has gotten over 850 thousand views!

Check out Trilogy – I’ll Be There For You (Friends Theme) and after it the music video by The Rembrandts (featuring the cast of Friends).